To get a nuanced view of Rome, it helps to hit the road. Centristi pack their bags for excursions ranging from several hours to several days. At no extra cost.

Eight Days on the Bay of Naples

When the Centro classroom shifts to the Bay of Naples, the cities buried and preserved by the eruption of Mount Vesuvius grant stunning views of daily Roman life.  Hovels and hostels, bakeries and baths, brothels and bars, mansions and markets – Centristi encounter the full range of urban existence.  Seaside villas, the cave of the Cumaean Sybil, the best preserved Greek temples from the ancient world, and unparalleled archaeological museums round out the experience.

Whether you read Vergil’s Aeneid or the story of Romulus in Livy, it quickly becomes clear that Rome imagined its origins as a mixture of different peoples and traditions – Latins, Sabines, Etruscans, and others.  Therefore, Centristi spelunk into Etruscan tombs, study strategically-planted Roman colonies, marvel at monumental shrines, and witness Italic influence on Roman art and architecture.

Elsewhere in the Roman World

Each year the Professor-in-Charge designs a special multi-day excursion to another stunning part of the Roman empire, which grants Centristi a richer sense of Rome’s place in the Mediterranean. Previous destinations have included Sicily, Northern Italy, and Southern France.

Whatever the itinerary, venturing beyond the caput mundi offers the chance to learn about Rome’s interactions with the Mediterranean’s other peoples, to consider Roman exploitation of its territory, and to offer a point of comparison between ancient cultures.

“Listening to lectures about Roman history in a lecture hall doesn't hold a candle to seeing the ruins of Pompeii or the Greek temples of Sicily or the Roman Forum up close and in person.” 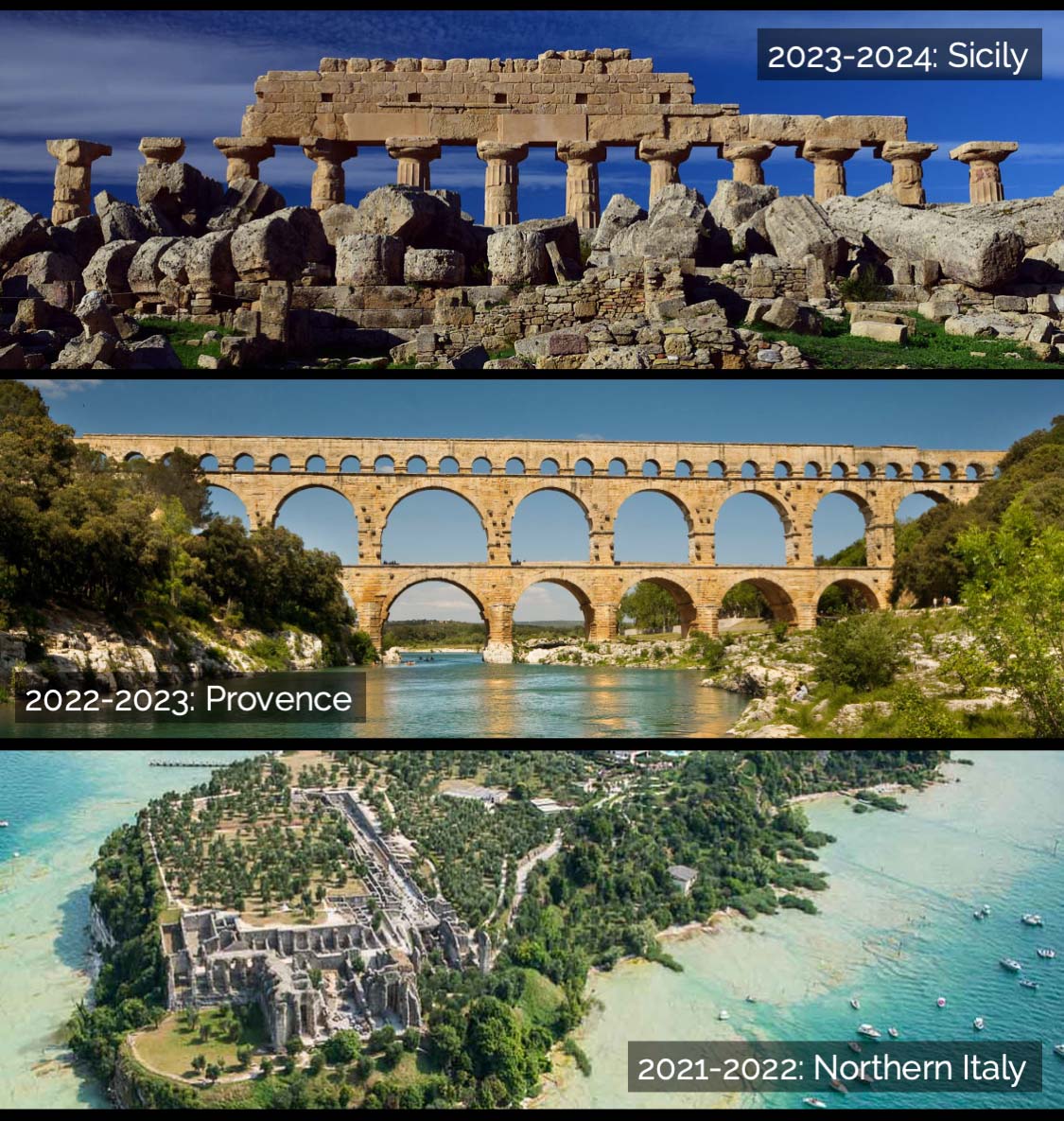 Sicily! In 2023-2024, the special long trip will explore this Mediterranean crossroads, where Phoenician, Greek, Roman, and so many other civilizations interacted. Check out the video for more.

Where else does the Centro roam?  See the video for more.