With Rome as their classroom, Centro students encounter the marvels and the markets; the arenas and the alleyways; the domes, the details, and everything in between.

The heart of the Centro curriculum is The Ancient City, a double-credit course required of all Centristi.  This interdisciplinary class tackles Rome’s art, history, archaeology, topography, social make-up, and much more.  The Professor-in-Charge heads up the course, and all Centro faculty lend their expertise to this joint endeavor.

Over the course of a typical week, Centristi dedicate two half-days and one full day to The Ancient City.  Almost all class meetings unfold on archaeological sites, in museums, and amid standing remains.  Daylong excursions to Rome’s neighboring cities and sites round out the picture of Rome’s growth from a clutch of huts on a hill to the head of a Mediterranean-spanning empire. 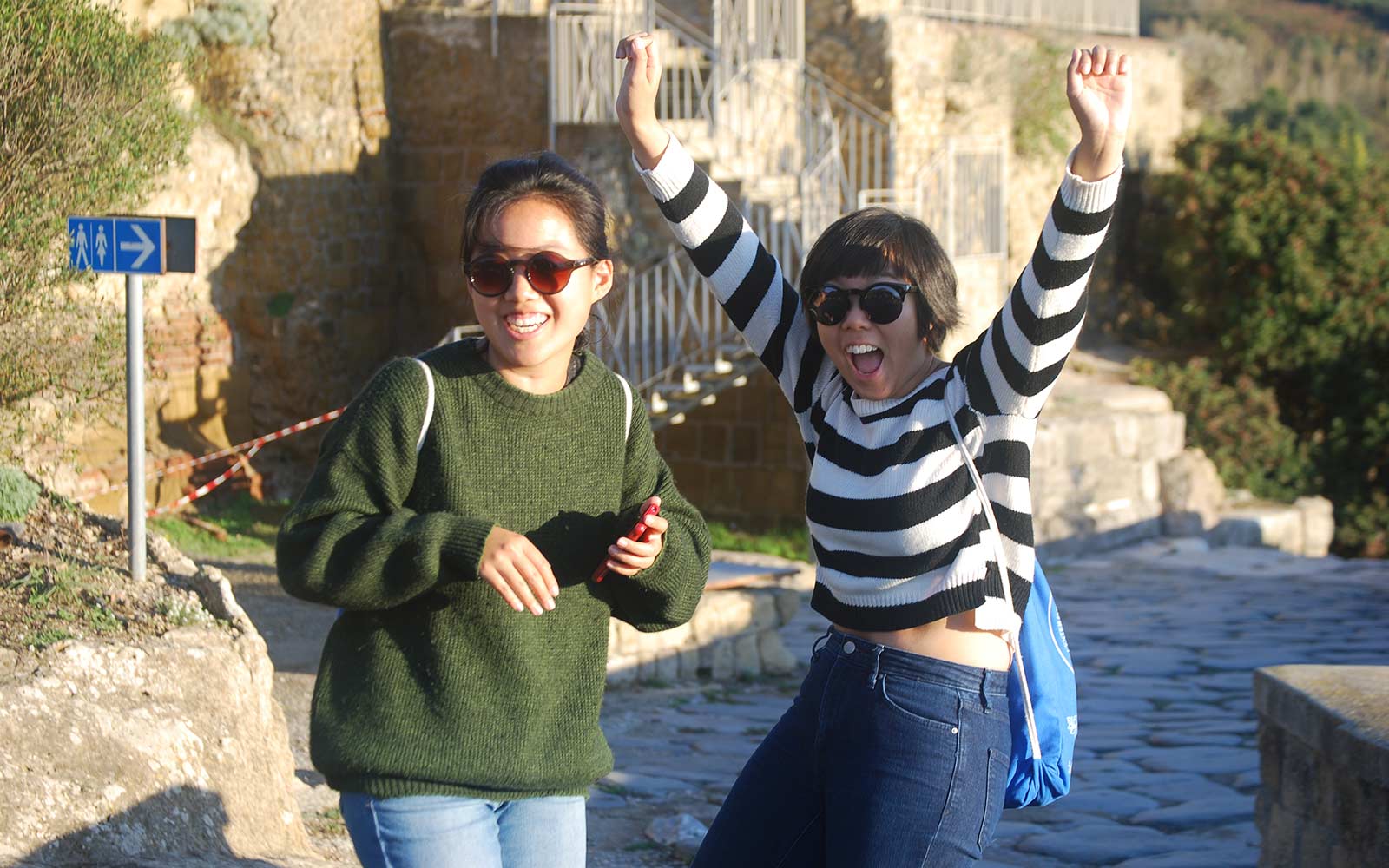 Additionally, throughout the term, the Centro hits the road for longer excursions: to the Bay of Naples and elsewhere throughout Roman lands, such as Sicily, stunning sites in Northern Italy, colonial cities in Southern France and other spots as chosen by the faculty. Thanks to these trips, The Ancient City touches on Etruscan, Greek, Roman, and native Italian (and even Gallic) populations, their interactions, and mutual influence. While the course focuses on Rome, a rich picture of the city’s broader context emerges as The Ancient City unfolds.

What can you expect from The Ancient City?  Stand where Cicero delivered speeches in the Forum Romanum.  Descend into subterranean shrines to the mystery cult of Mithras.  Learn about the self-identities of former enslaved peoples along the Via Appia.  Contrast the grand reception rooms of sprawling villas with the cramped kitchens and narrow hallways of urban apartments at Pompeii, Ostia, and Herculaneum.

Check out some syllabi for “The Ancient City” from recent years.

“I wanted to see Italy, but I didn’t want to compromise my rigorous academic schedule... The Centro was the perfect fit, and it is an honor to be a Centrista.” 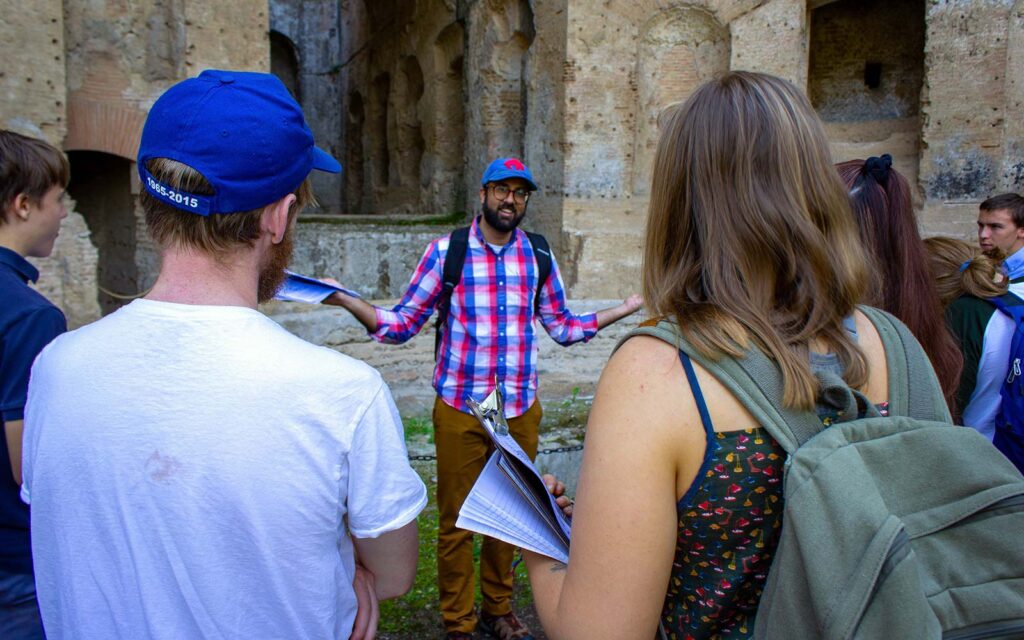 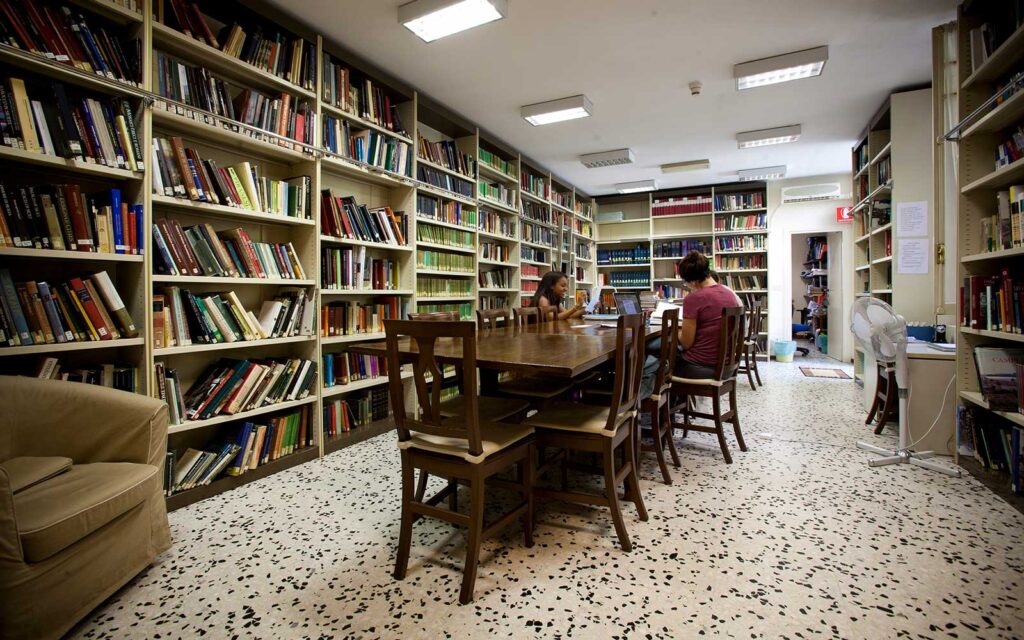 All Centro classes involve learning by doing – studying paintings and sculpture in the manner they were intended to be displayed; examining the elements’ effect on standing architecture; or performing your own adaptation of a Greek play in an ancient theater.  Centristi completely soak in and take full advantage of all that Rome and Italy have to offer.

Many Centristi enroll in Ancient Greek and/or Latin at the intermediate or advanced level. Every year, faculty members select texts that suit their personal expertise, that come to life while being read on site in Rome, and that usually avoid commonly-read works.  That way, all students are encountering a text in a new way.  Where better to read the Res Gestae, for instance, than in the city that Augustus transformed from brick to marble?

Courses in the past have explored literary inscriptions, Greek authors’ visions of Rome, Latin authors’ conceptions of urban space, Aeneid 8, Plutarch’s Life of Anthony, and other topics.

There is no ancient language requirement at the Centro; students are welcome to take as many or as few Greek and Latin courses as they’d like.  These courses are each taught by one of the four Centro professors.

Renaissance and Baroque Art History grants Centristi the opportunity to explore another stratum of the Eternal City head-on and in-person. Learn about greats of the Italian artistic pantheon – Michelangelo, Raphael, Caravaggio, Bernini, and others – by seeing their masterpieces in Rome’s churches, museums, and palazzi.  This course is taught by Paul Tegmeyer.

Conservation and Management of the Material Heritage of Ancient Rome grants Centristi the opportunity to learn about and also to try their hand at the preservation of Rome’s physical remains.  Thanks to deep connections in the field of conservation, Centristi in recent years have visited on-going excavations to witness in situ technical operations.  Meanwhile, back at the Centro’s temporary laboratory, they use ancient techniques to construct their own mosaics. This course is taught by Roberto Nardi.

Buongiorno! Centristi in Elementary Italian learn basic grammar, morphology, and vocabulary of the language.  Special emphasis concentrates on oral skills that are helpful in navigating contemporary life in Rome and Italy.  This course is taught by Barbara Castaldo. 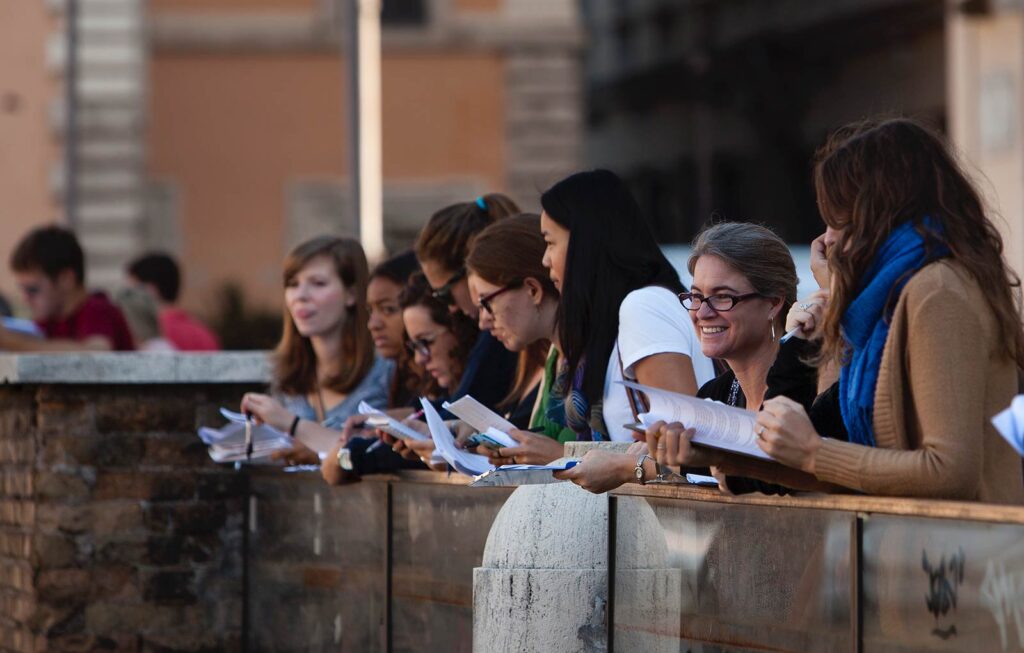 Which courses should I take? Are you… 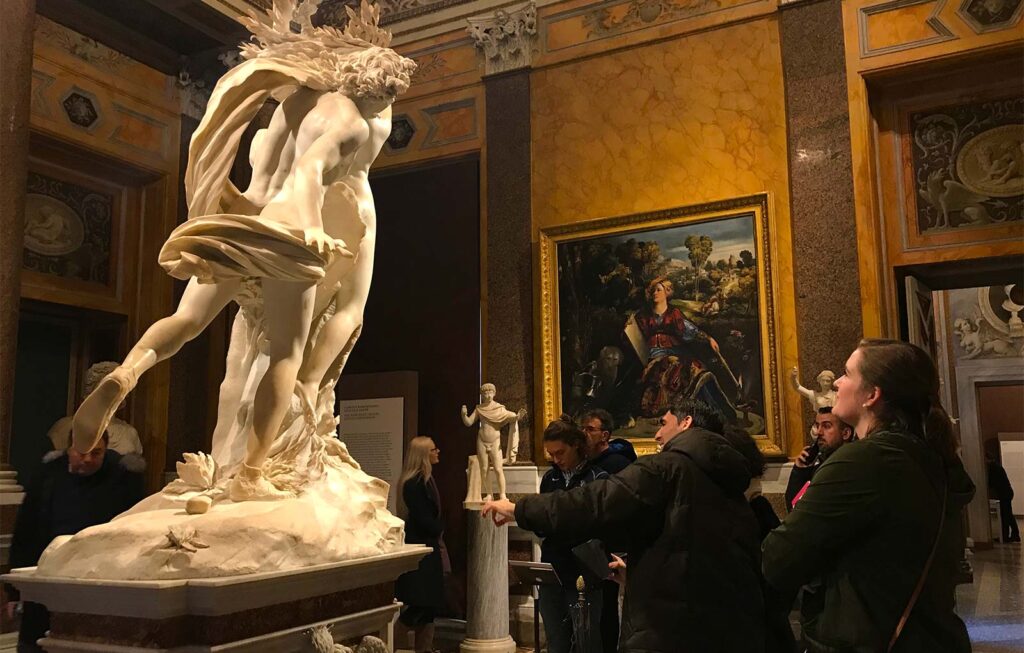 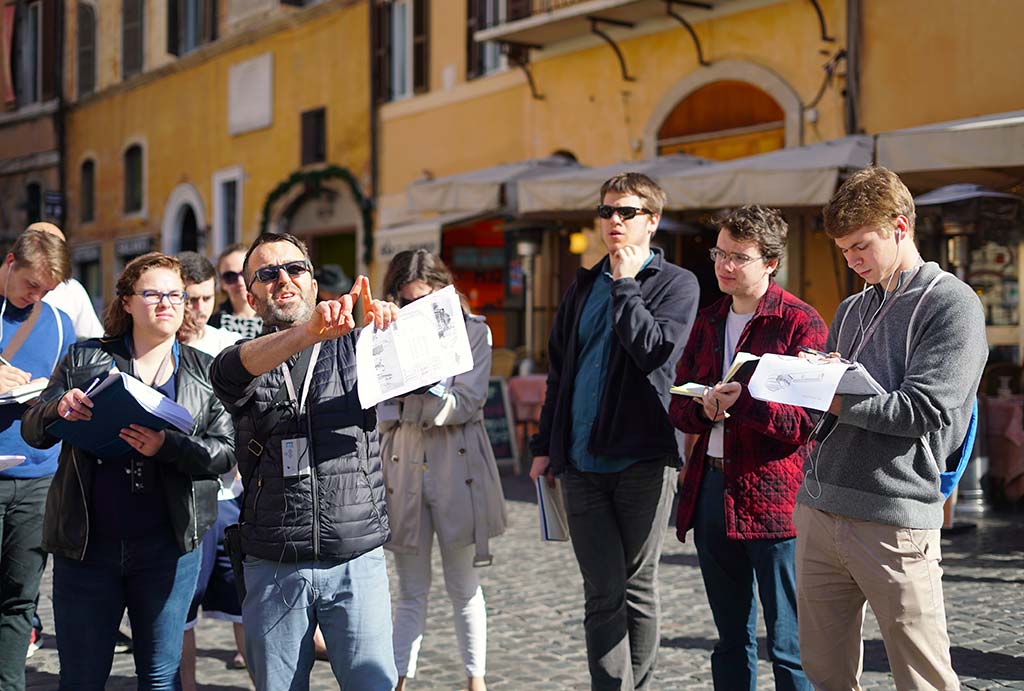 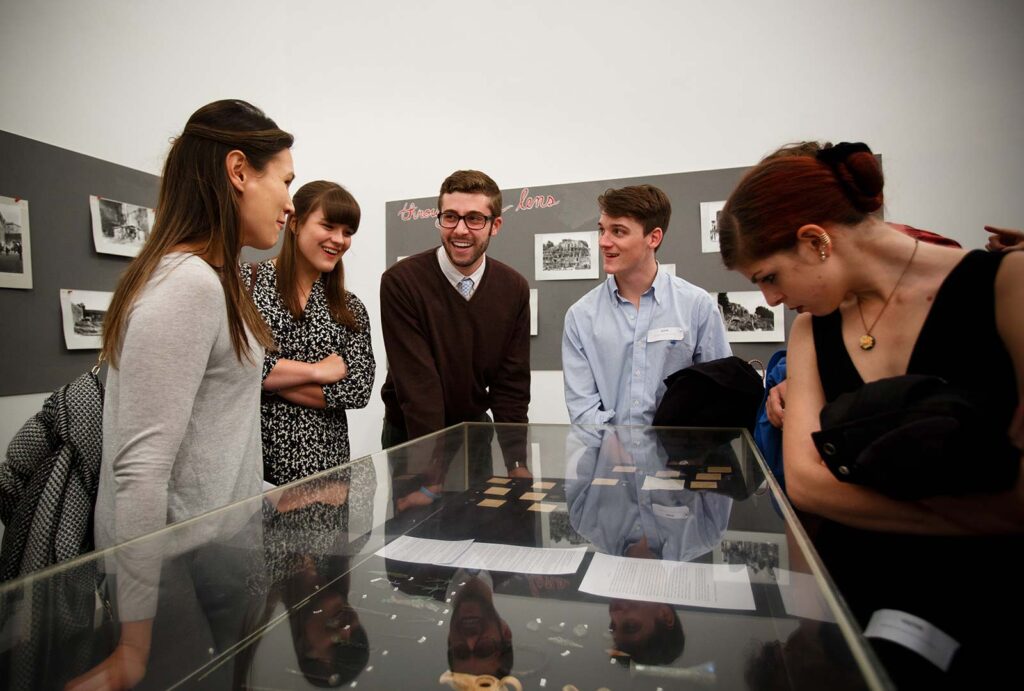 Each academic year, the Centro selects four professors from posts at premier institutions across the US and Canada to lead the program. Many are former Centristi themselves; all are lovers of Rome who are excited to engage with dedicated students of the ancient world. As true Romanophiles, faculty look to the mos maiorum and honor many past traditions when crafting a syllabus. Since new faculty arrive each year, they bring their own ideas and both draw on and contribute to the program’s energy. Accordingly, the Centro’s curriculum is constantly refreshed and tailored to suit the talents and expertise of each year’s professors. It’s a bit like a jazz concert – the standards all get played, but every faculty cohort adds their own vibe.

To round out the teaching team, three Italy-based faculty lend their expertise on Italian, Renaissance and Baroque Art History, and Conservation. 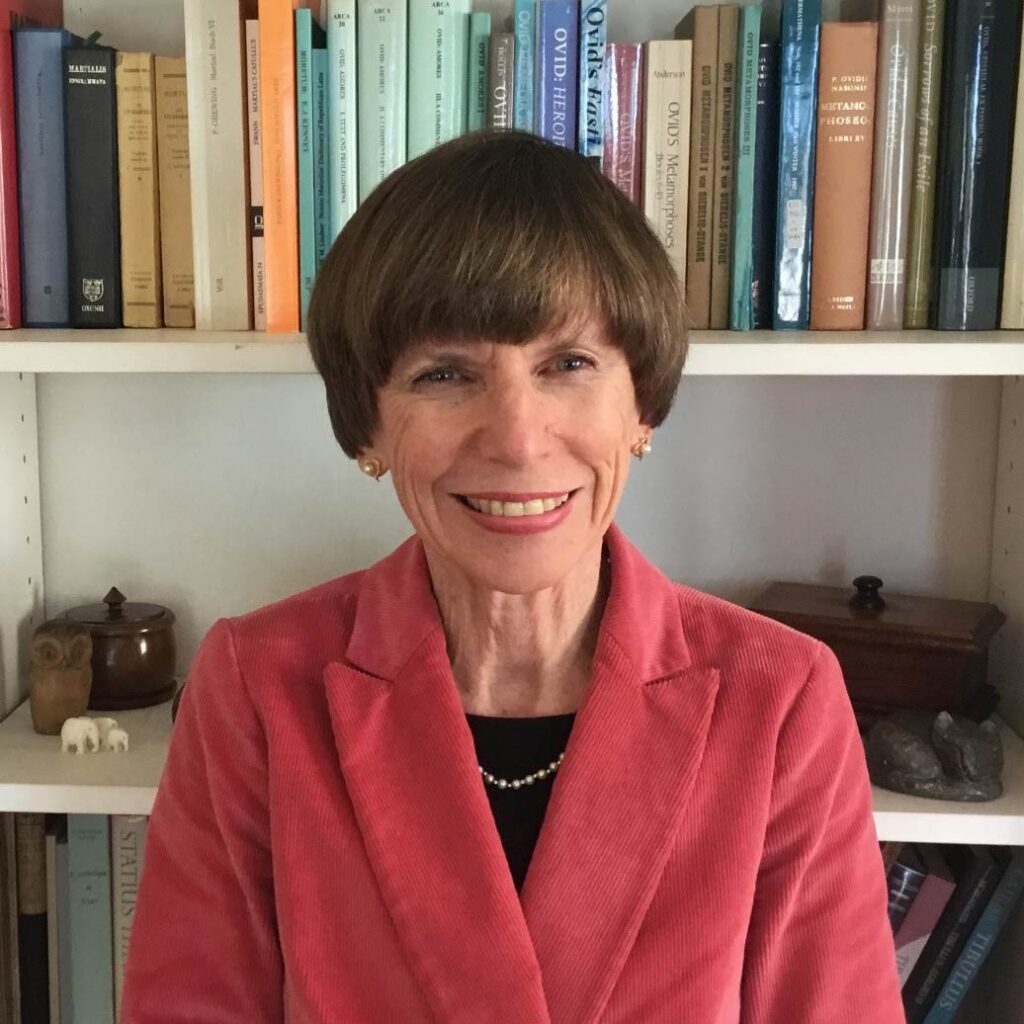 Kathleen Coleman is from Zimbabwe. She received her B.A. from the University of Cape Town, her B.A.Hons. from the University of Rhodesia (now Zimbabwe), and her D.Phil. from the University of Oxford. She has taught at the University of Cape Town, Trinity College Dublin, and Harvard University, where she is the James Loeb Professor of the Classics. She specializes in Latin literature of the early Roman empire and Roman social history and material culture, especially spectacle and punishment. She has published two editions, with commentary, on Statius, Siluae IV (a collection of nine poems celebrating various occasions in the lives of Statius’ patrons, including the emperor Domitian) and Martial, Liber spectaculorum (a series of epigrams commemorating spectacles in the building now known as the Colosseum), both with Oxford University Press. She has held fellowships in Munich from the Alexander von Humbold-Stiftung, in Berlin from the Wissenschaftskolleg, and in Princeton from the Institute for Advanced Study. At Harvard she has won three awards for undergraduate teaching and one for graduate mentoring. Her cats all have Latin names. 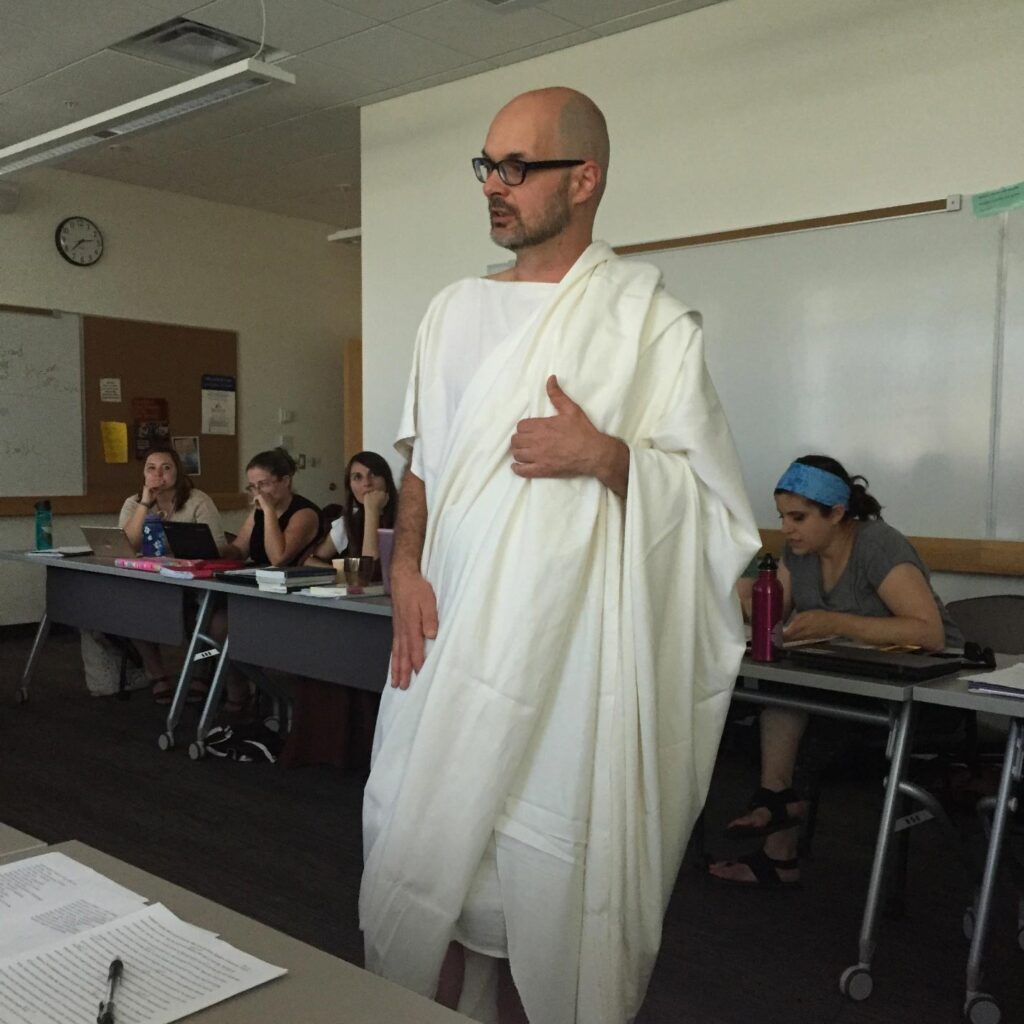 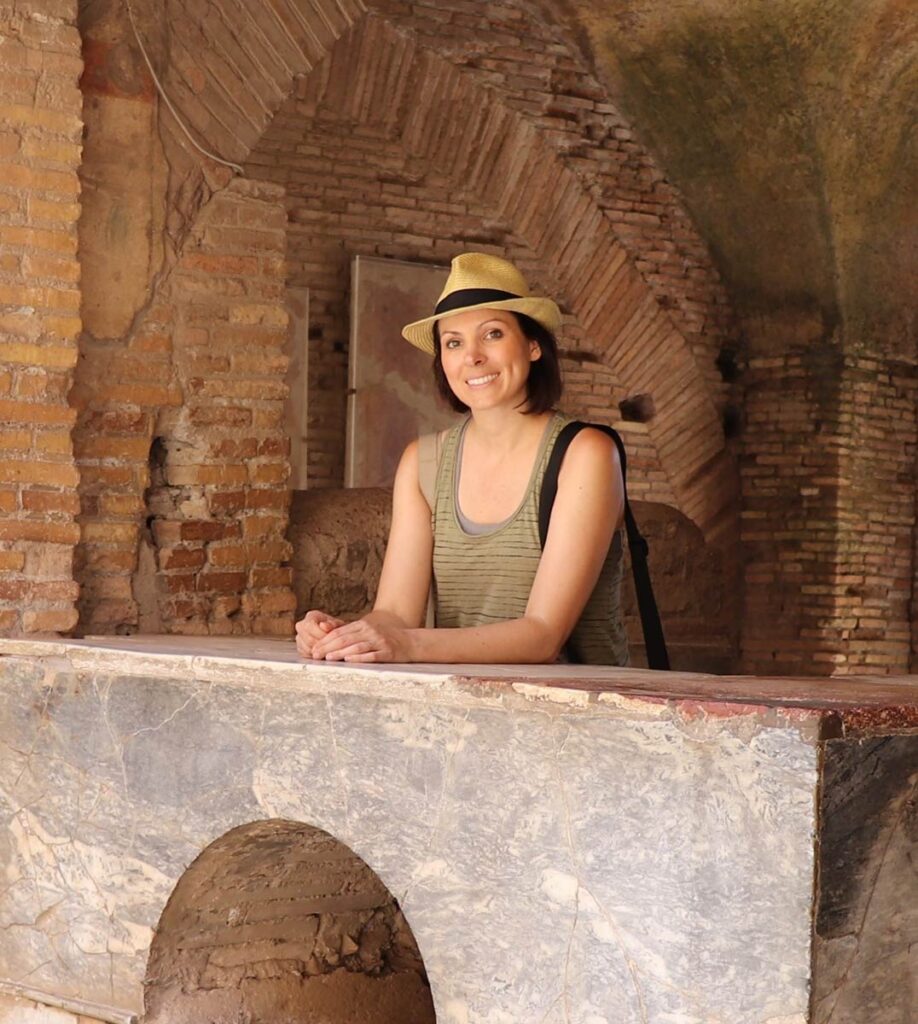 Rhodora G. Vennarucci received a BA in Classical Archaeology at the University of Michigan and an MA and PhD in Roman Archaeology from the University at Buffalo, SUNY. She is currently an Assistant Professor of Classics and Art History at the University of Arkansas, where she teaches on a variety of topics, including Greek and Roman art and archaeology, Roman urbanism, virtual archaeology, ancient history and historiography, and Latin epigraphy, and leads study abroad programs to Italy. She was a Centrista in fall 2003 and the Resident Instructor at the Centro in 2010-2011. Her research focuses on the socio-economic history of the Roman world with published and forthcoming works investigating both ends of the distributive system in Italy: rural multi-craft production and urban commercial landscapes. She co-directs the Marzuolo Archaeological Project in Southern Tuscany and the Virtual Pompeii Project. Her most recent project, Virtual Roman Retail, uses immersive VR technology as a multisensory tool for exploring consumer experience and behavior in Roman shops. 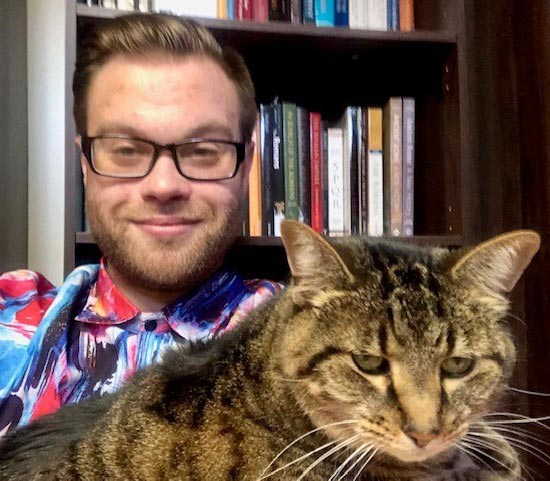 Andrew R. Lund (“Andy,” he/him/his) comes to the Centro from Colorado College, where he was the Classical Languages and Cultural Program Coordinator. Andy received his B.A. from Grand Valley State University, and received his M.A. at the University of Cincinnati, where he is a Ph.D. candidate in Classics (Greek and Latin Philology), writing a dissertation on the reception of Roman comedy in Senecan tragedy. An alumnus of the Society for Classical Studies’ Summer Seminar in Material Culture at the University of Illinois at Urbana-Champaign and the American Academy in Rome’s Classical Summer School, Andy is delighted to join the ICCS community as the Resident Instructor. (Also pictured: King Boo.)

Barbara Castaldo (Laurea, Università La Sapienza di Roma; M.A., Columbia University; Ph.D., New York University) is specialized in contemporary Italian literature with a doctoral thesis on Italian author Pier Paolo Pasolini (awarded Premio Pasolini in 2009). Her research interests include law and literature scholarship and comparative literature. She has published articles on contemporary Italian authors (Sandro Veronesi, Marco Lodoli, Ennio Flaiano, Pier Paolo Pasolini), and has appeared in a number of TV documentaries and radio interviews for Rai Storia (Italy), Arte TV (France-Germany), Österreich 1 (Austria). She is currently working on a book on Pier Paolo Pasolini’s legal trials. She has taught courses of Italian language at all levels and has been teaching Italian at ICCS since 2005.

Paul Tegmeyer began studying art history as an undergraduate at New Mexico State University in Las Cruces, New Mexico, where he was raised. After moving to Italy, actually l’Aquila, outside Rome, in 1983, he began graduate school at Temple University in Rome, and then Philadelphia. He later entered the Ph.D. program at the University of Pennsylvania. His area of specialization is the Italian Renaissance.

He began teaching the Renaissance. to Baroque Rome course at ICCS from 1990-92 and again from 1997 on. He also been teaching at John Cabot University in Rome since 1991. Here he has had the opportunity to expand his repertoire beyond the Italian Renaissance, teaching courses on Ancient and Medieval Rome, Baroque art, as well as monographic courses on Renaissance Rome; Raphael; Michelangelo; Bernini; et al. Since 1997 he has also conducted the Rome Seminar for the Smithsonian Institute.

His research focuses primarily on various aspects of Roman Renaissance art (Raphael, Pollaiuolo, Michelangelo, et al.). He is also now in the early stages of preparing with other colleagues, a “Guide to Renaissance Rome”. 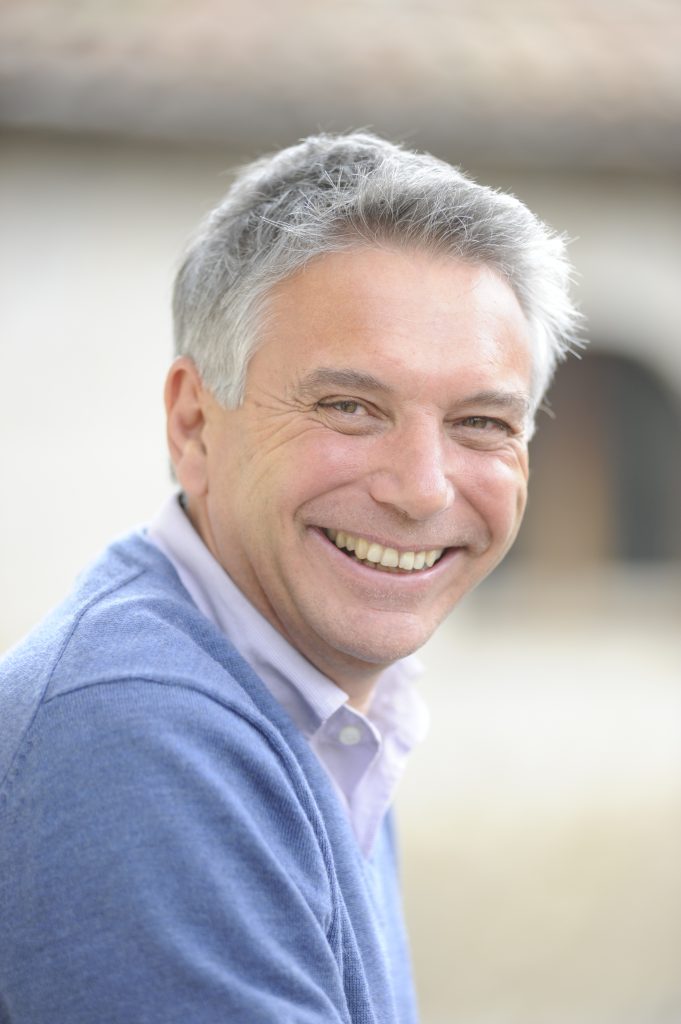 Roberto Nardi gained a degree in archaeology from the University of Rome La Sapienza in 1982, and a degree in conservation of archaeological materials and structures at ICR – Istituto Centrale per il Restauro, where he specialized in stone conservation in 1982.

In the same year, he founded the Centro di Conservazione Archeologica (CCA), a private company operating on public commission in the field of conservation of ancient monuments and archaeological sites, including professional training in conservation.

He has directed over 50 projects in 10 countries, on monuments and sites such as the Arch of Septimius Severus and the Temple of Vespasian in the Roman Forum, the Roman town of Zeugma, Turkey, the mural paintings of the Madrasa Amiriya in Yemen, and the mosaics of Saint Catherine in Sinai. Roberto has published over 80 technical articles, being co-editor of 7 volumes on conservation. 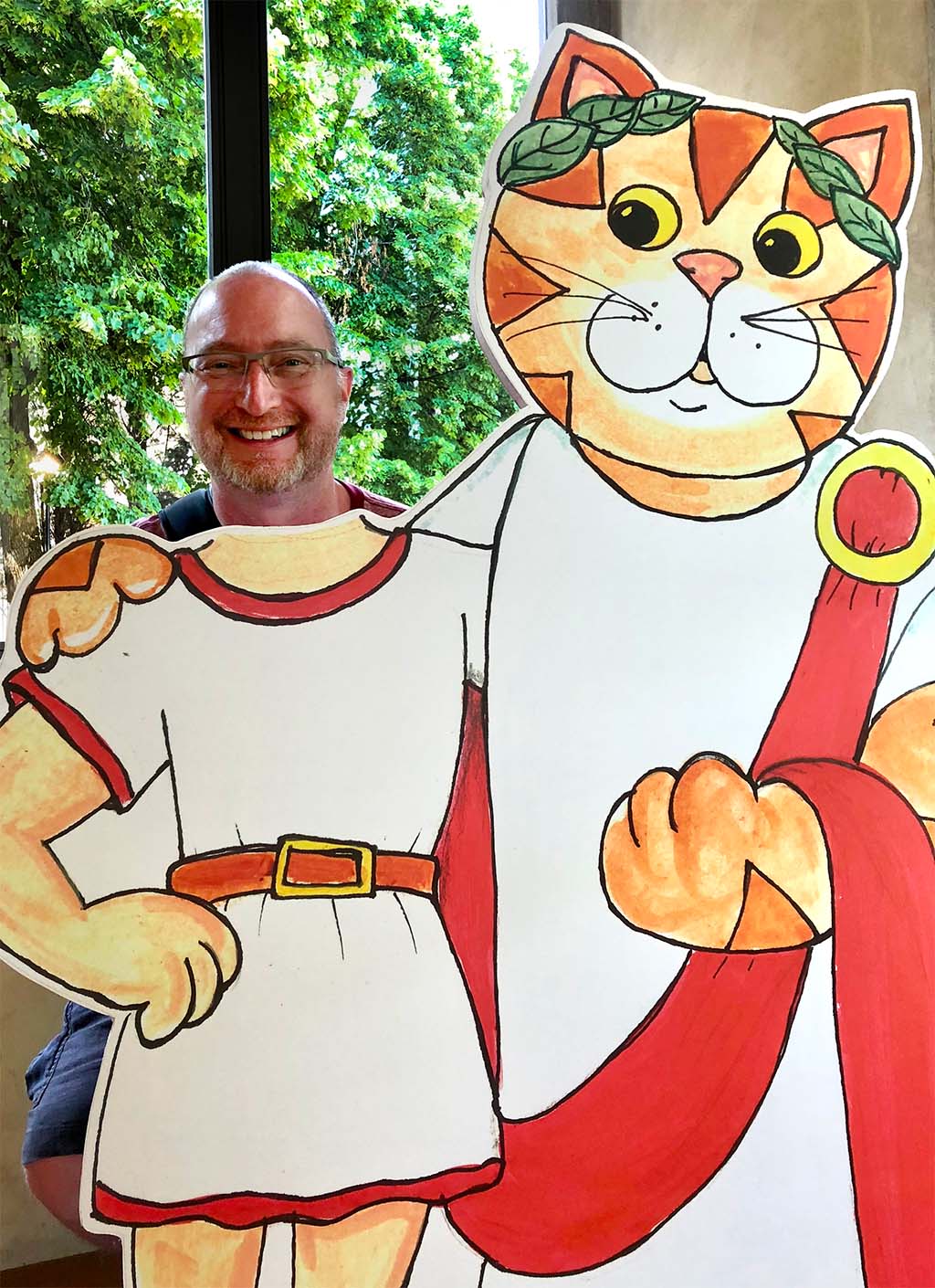 Christopher Gregg is Associate Professor in the Department of History and Art History at George Mason University. He received his BA and MA in Latin from the University of Georgia before completing his doctorate in Classical Archaeology at the University of North Carolina, Chapel Hill. Among his academic interests is the study of Roman urbanism, and he has visited more than 120 classical Greek and Roman sites as a part of his on-going desire to better understand the complexities of life in the ancient Mediterranean world. Gregg has excavated at the Roman-era Yasmina Cemetery in Carthage, Tunisia as well as with the Roman Aqaba Project in Jordan and at the Villa of Maxentius on the Via Appia Antica in Rome. He has previously been a faculty member at the Intercollegiate Center for Classical Studies in Rome four times, most recently as the Professor in Charge for the 2016-2017 academic year. He was co-director for the University of Georgia’s Classics in Rome summer program from 2014-2020 and has launched study abroad programs in Italy and France for his home university. He has published on the Alumnus disc from the Yasmina Cemetery in the Journal of Roman Archaeology, contributed and revised the Pompeii entry to the Oxford Bibliographies Online project; in 2021, he edited and contributed to Engines of Education: Essays on the GMU Plaster Cast Collection. Gregg has been a frequent speaker for the Smithsonian Resident Associates Program in Washington, DC and an invited academic lecturer on a variety of topics ranging from the Roman Forum to the representation of sexuality and gender in Roman mythological frescos.